The case against the emergence of passive indexing robo-advisors

TL;DR — Actual robo-advisers are based on the MPT (Modern Portfolio Theory), and passive indexing management, both flawed academic ideas based on a misconception of risk and a mistaken belief in market efficiency (Efficient Market Hypothesis). 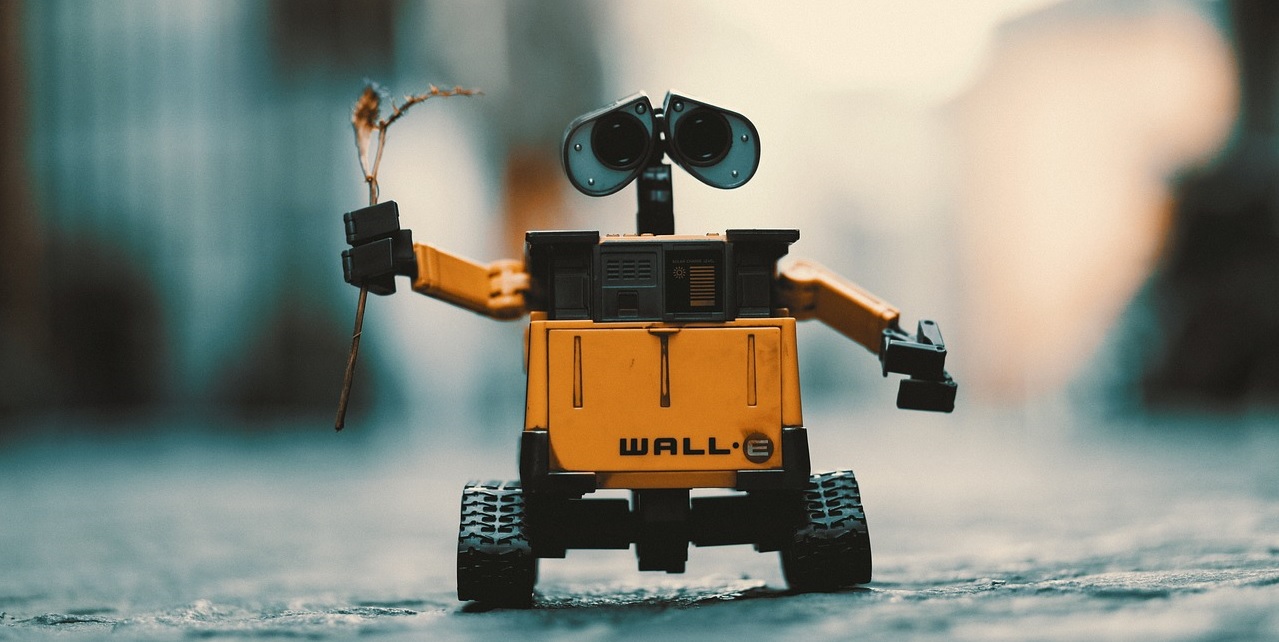 If you are reading this post you will most likely know or have heard of so-called robo-advisors: automated financial planning systems with zero or minimal human intervention. The first robo-advisors began operating in 2008 and have seen exponential growth since then. By 2020 they are expected to have an AUM of $20 billion.

Gradement is not exactly a robo-advisor if we literally stick to the previous definition. Gradement evaluates automated quoted companies and selects portfolios formed by those with the highest score in different categories. What it does not do is offer personalized financial advice, as the rest of the robo-advisors do, because as we will see later, personalized advice, as it is practiced today, is based on simplistic questionnaires and a flawed concept of risk.

Before turning to the critic part of this post, let's first take a look at the positive side that robo-advisors have for the retail investor.

It's always difficult for the average retail investor, without great knowledge of accounting and/or finance, to know how and where to allocate their savings. Among other options he/she can:

Among the above investment platform options, there is no doubt that the best that can be recommended to the small investor is the use of robo-advisors. If the underlying index used is sufficiently diversified, the investor will tend to obtain the average market return, especially if he/she uses dollar-cost-averaging. Among other advantages, and thanks to the automation of the investment process, the use of robo-advisers means a reduction of the management costs, the expansion of the potential number of analyzable companies and the elimination/reduction of the behavioral bias.

Notwithstanding the foregoing, actual robo-advisers are based on the MPT, Modern Portfolio Theory, and in passive indexing management, both flawed academic ideas based on a misconception of risk and a mistaken belief in market efficiency (Efficient Market Hypothesis). The main problems are:

The alleged advice personalization is based on a short and simple questionnaire used to calculate the risk that the investor can assume (objective and subjective risk) that will later be used as an input parameter in the asset allocation phase. Assuming that the investors's objective risk (the one that can be assumed) and subjective risk (the one that can be tolerated) can be estimated through a simple questionnaire, that estimate only leads to a risk measurement based on the mistaken belief that the variance/volatility of returns can be used as a proxy for investment risk.

Regarding the use of variance as a measure of risk, Markowitz himself (author of the MPT) acknowledges in his book Portfolio Selection that semi-variance is a better indicator of risk that tends to select better portfolios than the variance. His reasoning is based on the fact that the use of variance would wrongly assign more risk to an investment in a company that generates increasing returns at a rate of, say, 10% than one that would have increased them only at 5%, because the latter would show less volatility in returns. Although it makes no sense to consider a company riskier than another simply because it generates more returns, variance is still considered the proxy of risk and therefore the pillar that sustain the whole modern academic theory of investment. If the variance were discarded as a measure of risk, the entire investment academic theory (MPT, EMH, CAPM, Sharp model, etc.) would collapse like a house of cards.

Neither should semi-variance be considered a risk proxy and the basis of all financial theory because: (1) it would still be necessary, as with the variance, to assume a normal distribution of returns (a strong assumption) and (2) in our view the price of an asset should be separated from the risk measure. Price is just a historical exchange relation between the marginal buyer and seller based on their subjective valuations of the interchanged good. Following the famous analogy of Benjamin Graham, you must not pay too much attention to the daily price offered by Mr. Market. The real risk to consider is the deterioration of the conditions under which you have made the decision to invest in a certain company.

For instance, the deterioration due to a decline of customers, income decrease, increased costs, increased competition, country risk, unfavorable legislative changes, credit risk in its cyclical liabilities, counter-party risk in its financial assets, among others.

Regarding asset allocation, robo-advisors usually define between 10 and 20 assets classes (some of them even more) among which to distribute the capital contributed by the user and based on the objective and subjective risk level estimated for each of them. Each asset class is assigned a minimum and maximum percentage within the customized portfolio. The minimum is usually not too low, for the performance of each type of asset to have a significant weight within the portfolio. The problem with these minimum and maximum values ​​is that it reduces the flexibility of the portfolio composition and may even force to invest in certain assets when economic conditions discourage these investments. For instance, all robo-advisors include an asset class for sovereign debt. The existence of this asset class "forces" all customers, with a weight in the portfolio depending on their estimated risk level, to hold sovereign debt now, when we are experiencing and historical negative nominal and real interest in the debt markets with sovereign debt prices clearly inflated by the balance expansion policies of the central banks. The simplistic measure of historical variance as a risk proxy is unable to capture the real risk that the bursting of the sovereign debt bubble will entail.

Investor John Bogle (founder of The Vanguard Group), in his graduation thesis in 1951, mentioned a fact that remains true today: taken as a whole, the returns obtained by the fund managers do not exceed the average market return. Based on this fact, and in the belief that stock prices already reflect all the information available (EMH), several economists, including Burton G. Maikel, recommend that small investors do not pay for personalized advice and that they should invest directly in an index through the many existing indexed investment funds or ETFs.

Among the most critical economists of the EMH is Frank Shostak, who in his article "In Defense of Fundamental Analysis: A Critique of the EMH" wrote that:

The EMH gives the impression that there is a difference between investing in the stock market and investing in a business. However, the stock market doesn't have a live of its own. The success or failure of investment in stocks depends ultimately on the same factors that determine success or failure of any business. Statistical tests that supposedly validate the EMH framework are based on a flawed method and a failure to understand that the main cause behind the instability in financial markets is the monetary policies of the central bank.

On the other hand, economists who recommend passive investment in indexes because of the impossibility of fund managers as a whole to outperform the market fail by putting all the managers under the same umbrella indiscriminately.

There are many styles and ways to invest. Each fund manager uses the one that he believes to be the most successful, and so many of them end up with lower returns than the market average, but in the same way many others end up systematically beating the market. Especially those who use value-investing as a reference framework: Warren Buffet (Berkshire Hathaway), Martin Withman (Third Avenue Value Fund), García Paramés (Bestinver, Cobas), Peter Lynch (Magellan Fund), Seth Klarman (Baupost Group) to name just a few.

The conclusion of the Bogle thesis should therefore not be "surrender" and buy the market, but bet on the forms of investing that historically have worked, using value investing as a framework, with a more solid theoretical basis than technical analysis and all academic theory on investment. This Bogle's and all subsequent studies comparing managers' returns to their benchmark indices, they all should have been done by clearly separating the considered fund managers by investment style.

So, in conclusion, robo-advisers are a good idea because of the reduction of management costs, the expansion of the potential number of analyzable companies and the elimination/reduction of the behavioral bias. However, they are actually implemented using flawed academic theories. Gradement is an effort to change the tendency of the current robo-advisors landscape, from the MPT and passive indexing, to the more sound and time-tested value investing framework.